Blues in the Night review 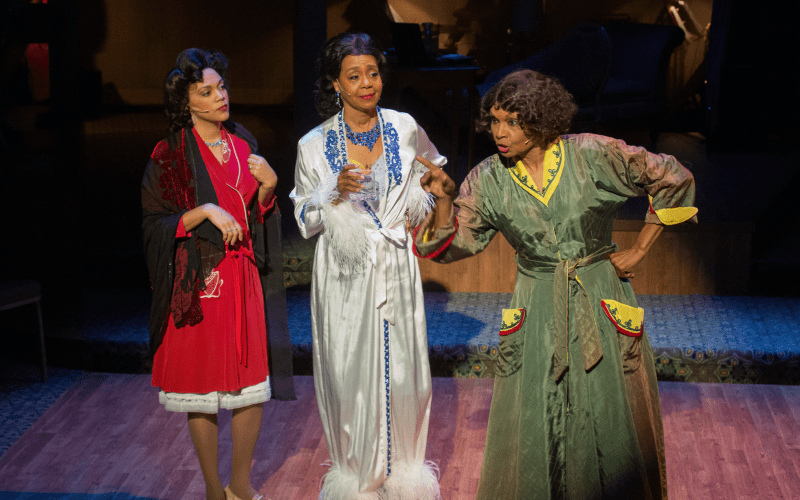 From left: Jenna Gillespie Byrd (The Girl With a Date), Karole Foreman (The Woman of the World) and Vivian Reed (The Lady from the Road) in International City Theatre’s “Blues in the Night.” (Photo by Kayte Deioma Creative) From left: Karole Foreman (The Woman of the World), Jenna Gillespie Byrd (The Girl With a Date), Vivian Reed (The Lady from the Road) and Pariss D. Mann (The Man in the Saloon) in International City Theatre’s “Blues in the Night.” (Photo by Kayte Deioma Creative— 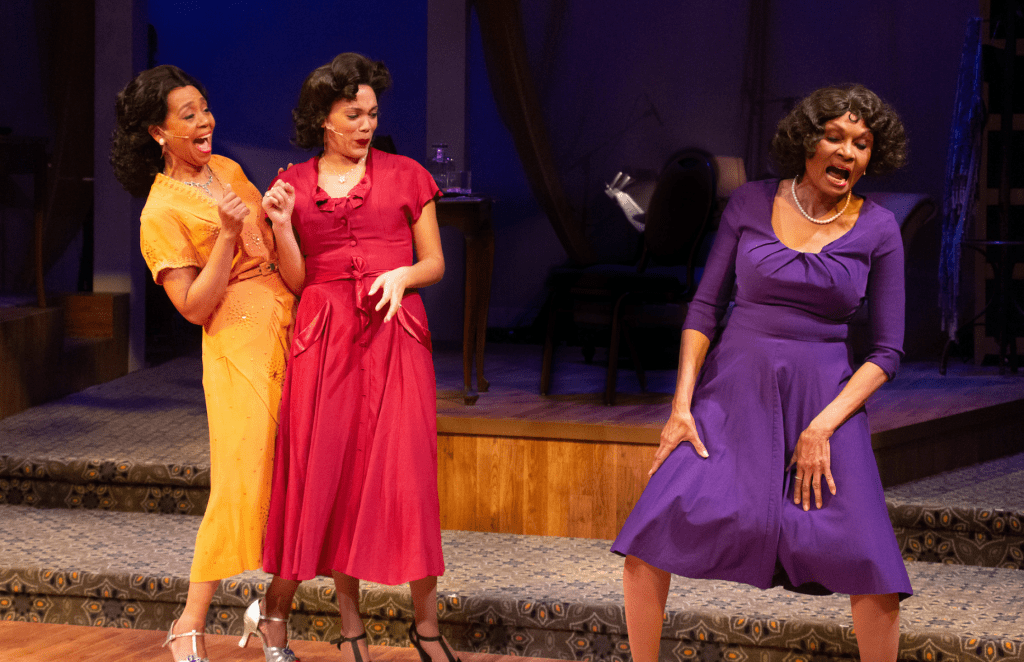 From left: Karole Foreman (The Woman of the World), Jenna Gillespie Byrd (The Girl With a Date) and Vivian Reed (The Lady from the Road) in International City Theatre’s “Blues in the Night.” (Photo by Kayte Deioma Creative)

Sheldon Epps’s “Blues in the Night,” at International City Theatre (ICT) through Nov. 7, is a journey through two dozen blues numbers by composers ranging from Duke Ellington and Benny Goodman to the “Uncrowned Queen of the Blues” Ida Cox and “Empress of the Blues” Bessie Smith.

It’s these and other women’s tunes, perhaps lesser known to mainstream audiences, that are the true delight of the show, sung with relish by three sultry women and one brave man, accompanied by a virtuoso quintet.

Directed by Wren T. Brown, the show’s setting is a Chicago hotel in 1948, featuring three rooms—one for each woman—and a bar, where a seedy character, the Man in the Saloon (an energetic Chester Gregory on opening weekend, Parris D. Mann for the remaining run), croons about women.

While there is no story beyond the four performers’ fleeting interactions, they engage each other and the audience more on a feeling level than narrative level through their songs. The Man dances with a strut while belting songs like “Wild Women Don’t Have The Blues” (by Ida Cox). But it’s the three women—divided not just by room but age and life experience—that provide the heart and soul of the production.

All three are formidable in their vocal and performing talents (with choreography by Keith Young) and made to look fabulous in bright colors and silken fabrics through several costume changes (designed by Kim DeShazo).

Jenna Gillespie Byrd as the youngest (The Girl With a Date) brings an innocent soprano-voiced sweetness to her songs, but also conveys deep melancholy in “Reckless Blues” (by Bessie Smith).

As The Woman of the World, Karole Foreman is sultry but strong, reminiscing over bygone days in “Stompin’ at the Savoy” (Goodman) while expressing powerful needs and standards with “Rough and Ready Man” (Alberta Hunter). Foreman’s gracefulness belies her commanding stage presence.

Vivian Reed is simply astonishing as The Lady from the Road, the most experienced of the three women. Wizened, hardened yet sentimental and burning with ungiven love, The Lady grounds the show in expressing the pain and loss from which the blues emerged, and the deep yearning and hope it calls forth from the soul.

Reed immerses her entire being into each number—voice, body, spirit—in double-entendre songs like “Take Me For A Buggy Ride” (Leola and Wesley Wilson) and the humorously suggestive “Kitchen Man” (Andy Razaf and Wesley Wilson).

She also sings “Blues in the Night” with bite, in which “a man is a two face,” and leads the women in taking all men to task—including those in the audience—with “Dirty No-Gooder’s Blues” (Bessie Smith). The three also perform “It Makes My Love Come Down” (Bessie Smith) in a very sensual yet playful way, highlighting the wit of so many of these songs.

The outstanding quintet, directed by William Foster McDaniel on piano, also includes Del Atkins on bass, Clayton Cameron on drums, Scott Mayo on woodwinds and Fernando Pullum on trumpet. Their music works acoustically well in ICT’s theatre, though the performers’ microphoned voices sometimes have to compete.

Even without a storyline, “Blues in the Night” is an engagingly moving musical performance because of its amazing talents. Each character’s feelings come through hauntingly through their songs, especially the three women. We feel the slow burn of their dashed hopes and expectations, even as they go about writing in a diary, speaking French, enjoying scrapbook memories—and drinking. One only wishes the show included more context about the blues, but maybe that would have taken away from the soulfulness and joy that come through loud, clear and from the heart.